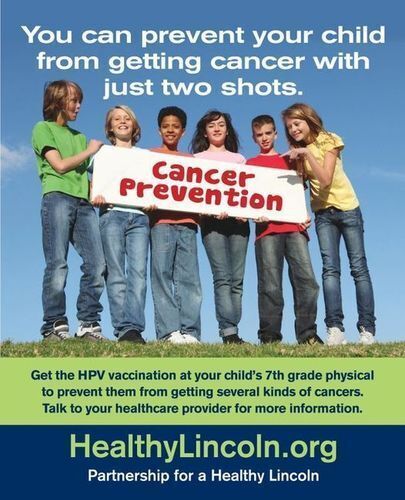 Begun in 2017, the Lincoln HPV vaccination initiative was a multipronged approach to prevent the majority of cervical and throat cancers in Lincoln kids. The Human Papilloma Virus (HPV) vaccine which is recommended for adolescents by Centers for Disease Control and Prevention, has been shown in clinical trials to have an almost 100% effectiveness against cancers and diseases caused by the HPV virus. In the United States, only about 50% of kids, even fewer in Lincoln, get the vaccine. But just by increasing the vaccination rates for kids to over 80%, most of the 30,000 cases of cancer in the United States caused by HPV could be prevented.

Working with pediatricians and family physicians in Lincoln, we collaborated to launch an initiative with a goal of vaccinating over 80% of Lincoln's kids by 2020, by standardizing processes and improving patient outreach and education.  Because kids in Nebraska are required to get a 7th grade physical, Lincoln clinics made coordinated efforts to make sure all Lincoln children received their first vaccine by that time, scheduling the second vaccine for 6 months later, when children returned for flu shots.